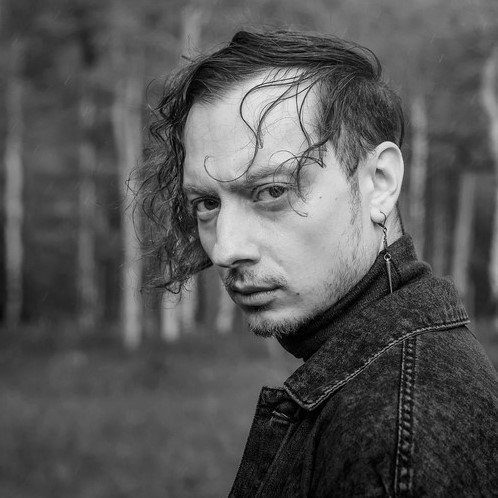 Serge Bulat is a Moldovan-American…

Bulat received education in Moldova, attending Academy Of Music Theater and Fine Arts, and NYU Steinhardt in the USA. The artist, along with his works, was included in conferences and symposiums such as Convergence, UK (International Conference of Music, Technology & Ideas, organized by De Montfort and hosted by the MTI2 —Institute for Sonic Creativity); JAE: Electronic Art Days 2018, Argentina (organized by the Argentine Ministry of Science, Technology and Productive Innovation); Audio Mostly, UK (A Conference On Interaction With Sound, Nottingham University); and VU 3, USA (Symposium for Experimental, Electronic and Improvised Music). Serge Bulat’s artistic approach is often perceived as a meditation on arts, philosophy, science, and society; and explores such diverse subjects as creativity, technology, reality, and identity. Frequent collaborators include multi-discipline artists Michael Rdshir, Abraham Sprinkle and Clan Balache.

Serge Bulat´s work is described as…

…”the new sound in the realm of electronic music” (Facts & Arts, France), “truly innovative” (Amazing Beats/Amazing Radio, UK) and “an ambitious project that can trigger intellectual thought” (The Deli Magazine, USA). He is honored with Best Dance/Electronica Album (IMA), Best Single Of The Year (Amazing Radio; Symphonic) and Best Artist (The Deli Magazine). In radio broadcasting, he is awarded a VIP Award for Best Radio Station (as program and creative director of Radio 21/Virgin Romania). His latest multimedia piece “Inkblot” has launched at VU 3 in Park City, Utah, along with the radio appearance on CKCU FM 93.1’s “Acoustic Frontiers.”

Serge Bulat’s new singles are “Yehy Vaya” – a collaboration with Mordovian folk band OYME (Deep Forest), sung in the language of Erzya and released in the UN proclaimed International Year Of Indigenous Languages; and “Kalah Folklore” a song in Argentinian Spanish, based on the traditional Andean coplas, featuring vocalist Miriam García (Chancha Vía Circuito). “Kalah Folklore” EP is paired with the “Wurroom” video game, an interactive art experience rooted in Bulat’s new music universe, developed in partnership with Michael Rfdshir. Both projects are setting the tone for the upcoming album, to be released in 2020.

All links to Serge Bulat’s media