Sergio Mariani was featured in episode #152, broadcast on 4 August 2018 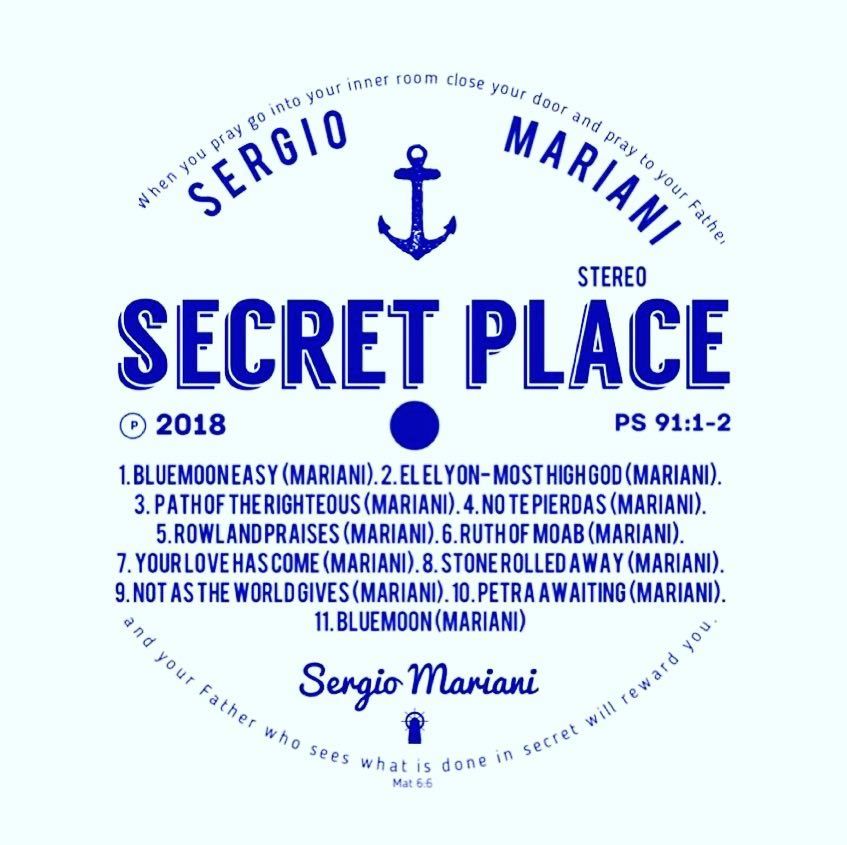 From the album “Secret Place”:

Sergio Mariani is a musician originally from Argentina but residing in the US for the last 30 years. He had a musical career long ago in Buenos Aires, Argentina. Sergio participated in a group of bands that started the Electronic Music movement in Argentina back in the early 1980s. Also, Sergio took the very fruitful path of TV and radio production (all music related).

After moving to the US Sergio Mariani’s paused his musical voyage as he started working as a hard hat (commercial) diver and later on as a police detective. All those adventurous endeavors ended 3 years ago with his retirement. This opened the door to the musical path he took long ago.

Just a couple of months ago, Wolf Red invited Sergio Mariani to host a radio program on Modul303. The name of Sergio’s radio show is “Skipper One”. In this show he presents unknown albums of high quality from non-mainstream artists.

The album and the tracks played

“Secret Place” is an album of different tastes of EM and it’s Sergio’s 3rd album. Sergio composed the tracks amidst the mountains of Colorado, US and in the city of Buenos Aires, the capital of Argentina. They reflect the hope and faith that sustained the songwriter Sergio Mariani during some of the most difficult times in his life. He decided to share these tracks with others as a form of encouragement, rest and peace of soul and spirit. Also, the tracks tell about the secret place we enter in our personal relationship with God during our private moments of prayer. (Mathew 6:6)

Sergio composed “Bluemoon Easy” at the end of 2017 in Buenos Aires. This track reflects the different states of mind we all may have along our days and along our lives. These states are ending (hopefully and according to the turns we take) in a peaceful place. This is the only track that was published as a single.

“El Elyon (Most High God)” is dedicated track to the one he considered as the source of all encouragement he received during good and hard times. “El Elyon” is a name used to mention the God of the Hebrews in several places of the Bible, particularly in the areas of poetic genre. It means: “Most High God”. (Psalms 78:35 – Genesis 14:18-19)

Sergio composed and recorded “Stone Rolled Away” also in Colorado, US, in 2018. This track is the result of Sergio’s inspiration he had from the moment in which the stone used to close Jesus’ tomb was moved away supernaturally at His resurrection.

All links to Sergio Mariani’s media