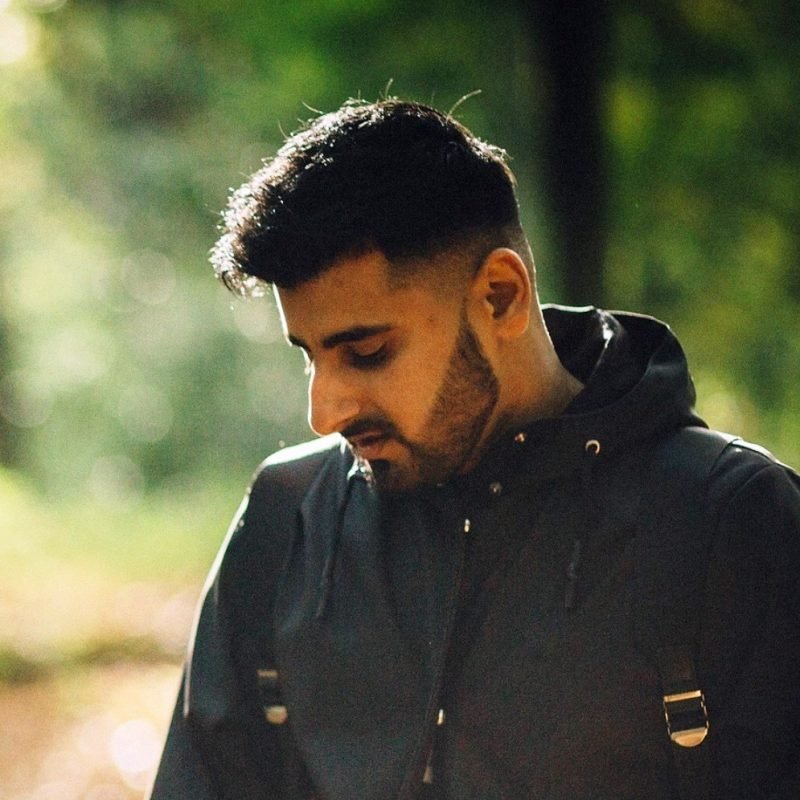 From the album “Zohar”:

1. Grain And Figure
2. Mesh And Shadow

The Zohar contains the nature of God, the origin and structure of the universe, the nature of souls, redemption, the relationship of Ego to Darkness and “true self” to “The Light of God”, and the relationship between the “universal energy” and man. Its scriptural exegesis can be considered an esoteric form of the Rabbinic literature known as Midrash, which elaborates on the Torah.

Daljit Kundi is an…

…experimental-drone composer, producer & field-recording artist who artistically goes by Sinius. His influences range from dark ambient, drone to Avant-garde music. Daljit has worked under the name Sinius on ambient drone film-score music for Am4 Productions. This is an external project for upcoming movies. ‘Zohar’ is the debut album by Sinius.

Under the name Sinius, Daljit delivers ambient film productions with rich deep textures. The concept comes from inspirational movie scores of space and emotionally charged music. The first wave of Sinius tracks previewed on soundcloud in summer 2012, and they instantly received worldwide attention. Since then, he released an album called ‘Oceans of Sound’ with Swedish producer Purl on Am4 Productions. The album received positive reviews on review site ‘A Strangely Isolated Place’. In 2014 international superstar Akira Yamaoka, composer and producer of the ‘Silent Hill & Silent Hill: Revelation 3D movie’, produced a remix for Daljit as part of his ‘Timeless Travellers’ LP.

Sinius joined forces with Wayne Hay (Atmospheric Research) and formed the group ‘S.Λ.R’ (Sinius & Atmospheric Research). They have been busy producing music discretely over the last year, perfecting their signature sounds. They created over 40 unreleased drone tracks in total, with even more in production.

S.Λ.R was specially invited to perform at a new monthly ambient electronic night in London called ‘Ambience Chasers’ created by Ulrich Schnauss and Nathaniel Cramp (Sonic Cathedral). ‘Ambience Chasers’ was launched as a spin-off from their online radio show Sonic Realities, playing atmospheric sounds from Aphex to Eno and Terry Riley to Vini Reilly. Since both Ulrich and Nathaniel really enjoyed the S.Λ.R journey and invited the duo to return again at a future date.

S.Λ.R created a colossal of drone tracks which were previously unreleased and decided to build their own imprint, S.Λ.R Music. The duo have been in production with collaborating with iconic superstars Talvin Singh & Ulrich Schnauss part of the S.Λ.R debut album.

Talvin Singh (Island Records, UK) requested Sinius by phone to perform a LIVE Set at the legendary Anokha Sessions at Zee Mela @Gunnersbury Park alongside artists such as Osmani Soundz (UK) and Vinayak’a (India). Sinius got in contact with CO-Producer ‘Atmospheric Research’ to discuss the ‘S.Λ.R debut experience’. This event would be the perfect foundation to perform alongside each other as they were producing a magnitude of drone tracks and promoting new material via soundcloud.

Anokha Sessions opened a new doorway for S.Λ.R. The duo performed a complete live set with their own unreleased material. The feedback was overwhelming. Also, the support of their music was a blessing from all the artists that performed at Anokha, thanks to the sound engineers giving them the deepest sound system to perform on.

All links to Sinius´ media