Sofía Bertomeu was featured in episode #212, broadcast on 28 September 2019 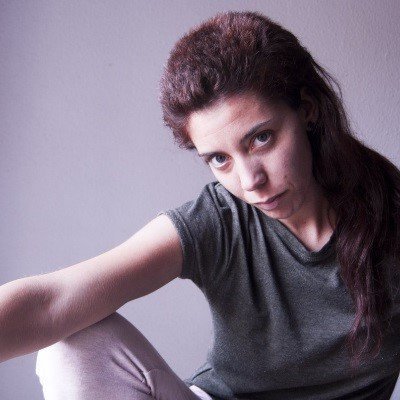 Sofía Bertomeu is a Spanish…

…multidisciplinary artist. She works within the fields of conceptual sound art, video art, photography, graphic and multimedia design. Her projects concern issues such as “dissolved identities”, “dissolved spaces”, deep and hidden emotions, abstract landscapes within wider areas (museums, bodies…), conceptual and thematic Soundscapes and Portraits. The usage of the term “scape” as a double meaning; as a landscape shortening and as an actual escape from our own reality. She also composes music for audiovisual productions (Cinema, TV, Advertising, Theater, Dance).

One of the most interesting factors of treating sound with a philosophical, psychological and anthropological aim is, without doubt, the discourse given within each composition. At the same time, the repetition of the “failure” that emerges in each field recording: the squeak of a child or the laughter of it, the cough of an adult or the voice of someone who intervenes when he should not, etc.

When you adapt the failure…

…to the composition, this allows it to get a halo of naturalness and innocence of the experience to portray. An experience that is shared from the one who emits it, through the environmental sound resources and / or those digitally created, to the one who will use them to turn them into the totality of a landscape or portrait. Attentive listening and empathy are also key and some highly necessary resources for the achievement of this type of objectives that arise and that, otherwise, could not be met.

Is it possible to portray without portraying? No, it is not, from her perspective.

…her journey in 2010, and up to this day, she maintains a dialogue between the visual arts and sound art through experimentation. She is most concerned about issues such as portraying and developing concepts around the disciplines of landscape, portrait and identity, from an open and interdisciplinary perspective. Her most recent exhibited works include: the individual exhibitions at The Faculty of Fine Arts in Murcia ((E/Scapes) to Tell Stories // (Paisajes / Escapes) para contar historias, April 2019) and at CVU Batana (June 2019, Rovinj, Croatia), the original soundtrack for Pyramiden (Luis Endera, October 2018), the artistic residency at IN-SONORA (March, 2018) or her participation in the re: flexions sound art festival (July 2018, Augsburg, Germany).

All links to Sofía Bertomeu’s media