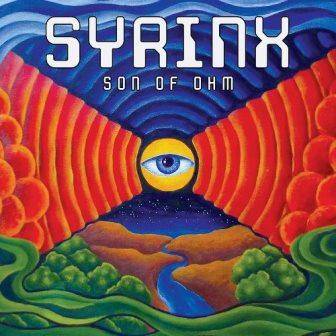 From the album “Syrinx”:

About Son of Ohm

For many years Son of Ohm has been using the name Leonardo Soundweaver. Time for a change now. Son of Ohm is a logical continuation of his musical universe. The music of Son of Ohm is what Leonardo calls: retro futuristic, organic electronic music. It is made with real electronic instruments like organs, synthesizers, drum machine, audio generator and a touch of electric guitar.

Over the years Leonardo has created a personal universe of organic electronic music. Being independent has made it possible to expand his musical awareness and skills, untouched by commercial motives. The result is an ever flowing stream of music, meandering as a river through an imaginary landscape. Having a preference for the anologue sounds of the seventies this feel is always inside the music, although time has catched up and integrated the sounds of today as well. Sometimes flowing into a gentle meditative state, other times active with sequences pounding away, layered with harmonies and outerspace sound effects.

It’s time for Son of Ohm.

All links to Son of Ohm´s media