The Frixion was featured in episode #157, broadcast on 8 September 2018 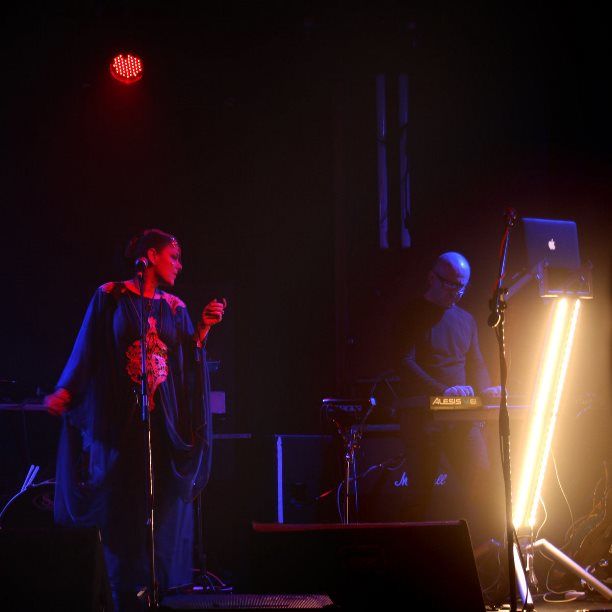 From the album “The Frixion”:

The Frixion are: Gene Serene (vocals and lyrics) and Lloyd Price (keyboards, programming and production).

For a duo who only started working together a short time ago, The Frixion receives a lot of attention from music fans and tastemakers alike. British born, London/Berlin based singer songwriter Gene Serene started putting her brand of electronic pop out in the late 90’s. The 00’s saw the birth of her nom de plume “Gene Serene” whilst co-writing with Bill Borez and Barry Ashworth, Genie found herself propelled and embraced by the “electro-pop/clash” scene. Those years saw her writing songs and performing with such diverse artists as Traumschmeire (Shit Katapault), S’express (Kitsune), Chris Lake (Nervous), Sycophant Slags (End Recordings) and Calvertron, taking her performing everywhere from New York to Tallin and in between. She released her debut solo album ‘The Polaris Experience’ in 2015.

UK based synthesist and producer Lloyd Price is best known as a collaborator of Sigue Sigue Sputnik’s Martin Degville and an ex-member of the dark electro combo Massive Ego. Genie and Lloyd came across one another on social media, both devastated at the news of their hero Prince passing had begun posting their favorite videos online. Lloyd had heard Gene Serene’s previous work and sent over a demo track which became their first single “From Dusk ‘til Dawn”. The rest, as they say, is history.

The band have so far released an EP “The Frixion” and an accompanying remix suite of the lead track ‘If U Ever Wonder’. The EP featured 4 original tracks and a cover version of Prince’s ‘Under the Cherry Moon’. These self-released EP’s were extremely well received by radio across the globe and appeared in the end of year top listings of many radio stations and online blogs/websites. In late 2017 the band released a cover of the Howard Jones classic ‘What is Love’. Again, the band received extremely positive feedback and even a “virtual” nod from Howard himself in the form of likes and retweets on Twitter.

The band have played extensively through the latter half of 2017 and into 2018. Their first show was held at the legendary Electrowerkz club in Islington, London as part of a mini festival, “Synth Club Presents”. The audience hailed this as a success with The Electricity Club.

All links to The Frixion’s media