Vieon was featured in episode #52, broadcast on 2 September 2016 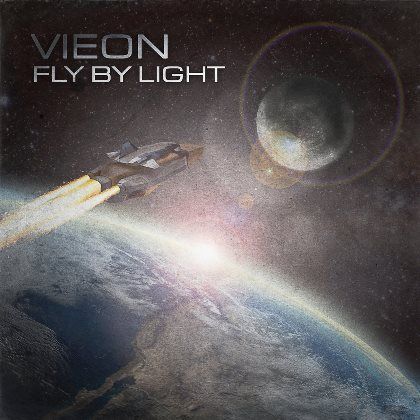 From the album “Fly By Light”:

Coventry-based synth pioneers Vieon return for 2016 with “Fly By Light”, the highly anticipated follow up to their critically acclaimed 2014 album “The Sound of the Future”.

Effortlessly combining the sound and aesthetic of the analogue past and dystopian future with their unique blend of evolving and powerful electronica, “Fly By Light” offers the listener a glimpse into Vieon’s immersive and captivating universe.

A concept album in every sense, “Fly By Light” tells a story of love, adventure, loss and joyful reunion via a rich palette of catchy synth hooks, powerful bass grooves, emotive lyrics and epic solos. From the captivating ambience of “Days of Fear and Wonder” right through to the triumphant crescendo of Rise, this is an EP that has been lovingly and painstakingly crafted; encompassing influences from 1970s synthpop icons such as Jean Michel Jarre and Kraftwerk filtered through the cinematic soundscapes of 1980s electronic film scores.

Outside of the studio, 2015 has been a great year for Vieon with successful live performances across the UK from Manchester to Plymouth via London, firmly cementing their place as one of the most hotly tipped electronic acts in the UK.

“Fly By Light” is available from all good digital outlets and in a strictly limited cassette edition.

All links to Vieon’s media